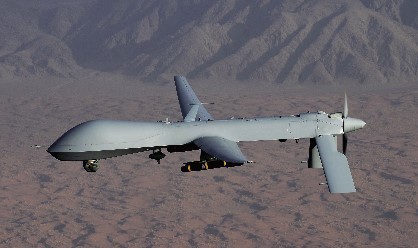 Some human-technology interactions involve something akin to inhabitation.  In these cases, people may "live in" the technology they use for various work-related and/or personal functions. For example, many of us inhabit cyberspace for various communication and social functions.  Da Vinci surgeons inhabit their robots during medical procedures.  Remotely piloted aircraft (RPA) crew members inhabit their aicraft during their surveillance and/or military missions.

Interesting questions that arise in the context of these more immersive technologies have to do with the potential psychological and emotional effects "inhabitation" might have on the users of these systems.

As a starting point for our research in this area, we have created a simulated RPA environment including the well-studied tragic dilemma – the Trolley Dilemma – where people can benefit one or more persons at the cost of harming others.  Our simulation includes three different scenarios (military, disaster management, and surveillance) where RPA pilots operate a simulated vehicle in defined missions that involve variations of the trolley dilemma. At present, our simulation is only a convenient beginning step toward developing a more realistic approximation of the real decisions that are involved in actual RPA missions.

In a recently completed study using our simulation, non-military participants (college students) had the role of the RPA pilot, which involved guiding the RPA to several target locations where they randomly experienced one of three different mission scenarios. In the so-called combat scenario the pilot’s objective was to find and eliminate groups of terrorists by using directions given by the simulation.  In a disaster management scenario the pilot’s objective was to navigate to high intensity fires that needed to be hit by water missiles to extinguish the fire.  In a surveillance scenario the pilot’s mission was to find groups of persons in a national park and photograph them for purposes of a census.  In all scenarios, pilots were told they would not decide whether the target was legitimate, which was the task of another person in the loop.  However, at an appropriate moment in time, using a button on their flight controller, pilots could divert from the original target to an alternative target. In the combat and disaster scenarios, a Trolley-dilemma was imbeded such that the pilot needed to choose between saving five innocent people at the original target location, while sacrificing the one person at the alternative target site, or vice versa.  The surveillance scenario represented a psuedo-dilemma in which the choice was between photographing five people or one one person.

Results indicated that in the first mission, wherein both combat and disaster pilots were confronted with the Trolley-dilemma choice of killing one to save five, the vast majority in both cases chose the utilitarian alternative of saving five. However, when the value of the “one” was enhanced by making the person a commander or family member, the percentage opting for the utilitarian choice was altered, but in different ways for the military and disaster scenarios. Choice in the surveillance control condition appeared random (i.e., based on a coin-toss) throughout the missions, regardless of the value of the one.

A recent multi-year grant from the US Air Force will allow us to study this simulation in more detail examining the potential psychologocal and emotional impact on pilots of being exposed to these scenarios.

The following scholarly products have resulted thus far from this new line of work:

Villano, M., & Crowell, C. R. (2015, November). The psychological and emotional consequences of pilot choices during moral dilemmas embedded in remotely piloted aircraft simulations.  Paper presented at the Workshop on The Transformation of War through Information Technology and its Impact on the Ethics and Law of Armed Conflicts – the Example of “Drones”, Zurich Switzerland.

In addition, I have received a grant from the University to organize an international symposium in the Summer of 2017 devoted to "Technology-enhanced Warfare: Perspectives from Ethics and Social Science."  We expect an edited book to be the scholarly product of this effort.