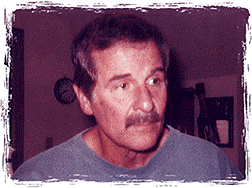 Dr. Anderson had a long and distinguished career as a behavioral scientist.  His doctoral training was in the field of animal learning and motivation under the supervision of Dr. Judson S. Brown.  Also, he worked closely with Dr. Seymore Levine while at Stanford Medical School. Throughout the late 1960’s, 1970’s, and 1980’s, these influences inspired him to make important contributions to the field of aversive conditioning and learning by examining both the behavioral and physiological bases of phenomena such as fear, avoidance behavior, punishment learning, and aggression using animal research models.  This work was published in the leading specialty journals devoted to these topics including the Journal of Experimental Psychology, the Journal of Comparative and Physiological Psychology, Physiology and Behavior, Psychonomic Science, and Animal Learning and Behavior.  Some of this research was featured in one of the first monograph supplements ever published by the Journal of Comparative and Physiological Psychology.  During this time, Dr. Anderson’s lab was supported by grants from the National Science Foundation and the National Institutes of Health.

In the late 1970’s, as federal research monies for behavioral research with animals became constricted and animal research facilities became much more difficult and costly to maintain, Dr. Anderson began to pursue applied research and became very interested in the field of Organizational Behavior Management (OBM).  While animal work continued in his lab well into the 1980’s, an increasing portion of his academic focus turned to the ways in which basic laboratory principles of learning and motivation, particularly those derived from behavior analytic research, could be applied to influence and shape work performance within companies and organizations.  Dr. Anderson was on the forefront of a growing realization that the organizational sector could support its own private research funding and could provide a behaviorally-rich laboratory-like environment for examining important questions using careful and systematic research procedures.

During the 30+ years he devoted to applied work, Dr. Anderson, colleagues, and students at Notre Dame conducted a remarkable number of research projects in organizational settings.  His own estimates placed the number of such projects well into the hundreds.  When it would have been easy and lucrative to act as a consultant to companies, garnering substantial fees, instead he opted steadfastly to use these opportunities to plan and implement systematic behavior analytic research to (a) further our understanding of how work performance and organizational success can be influenced and (b) train graduate and undergraduate students.  In lieu of consulting fees, Dr. Anderson asked organizations to sponsor multi-year research grants through Notre Dame to support this work. Most of the direct costs from these grants were used to cover student and research expenses.  Throughout his career, Dr. Anderson’s research support for his basic and applied work totaled well in excess of a million dollars.  Using this support as a basis, Dr. Anderson pioneered in the creation of one of the first OBM graduate programs in existence.

Dr. Anderson authored approximately 90 publications, two text books on the methods of experimental psychology, a monograph in the Journal of Organizational Behavior Management, and several chapters in edited books.  Many of his published articles (both basic and applied) have been well received and are cited frequently in the literature. Collectively, his published and yet unpublished work represents an impressive long-term commitment to behavioral research.  Very likely, given the volume of his unfinished work in existence, Dr. Anderson’s research will continue to appear for some time through the collaborative efforts of colleagues and students.

As notable as was his published and unpublished research, even more extraordinary was Dr. Anderson’s advocacy for his work and his field(s).  He and his students delivered more than a hundred presentations at scientific conventions covering various basic and applied research topics.  Beyond that, he accepted literally hundreds more speaking engagements in the private sector for the purpose of describing general OBM principles intermingled with the results of his own applied research.  In fact, so adept was he at conveying a message of importance and value to the business world that he was called upon for 14 years to be the chief professional development resource specialist for the US Army Management for Executives Training Program.  Moreover, until he was no longer able, he served a principal resource for TEC International, a community and learning network for CEOs across the world.  In addition, he was a sought-after keynote speaker for many business conferences and special events.  For all his non-academic speaking invitations, he accepted only a modest honorarium (often used as additional funding for his continued OBM research) and considered them to be an extension of his teaching mission.  In the university classroom, Dr. Anderson was a renowned teacher in a variety of subjects including OBM.  He also felt strongly about involving graduate and undergraduate students in various facets of his research.  Throughout his career, he supervised many basic and applied Master’s theses and doctoral dissertations, and inspired many more undergraduates to pursue academic or professional careers.

I knew Chris Anderson for 35 years during which time I had the distinct privilege to have been his student, his colleague, and his friend.  Like so many other of his colleagues and students, I owe him an enormous debt of gratitude for his many influences on my life and my career.

Chris modeled many admirable qualities for us both in life and in the face of death.  Ever the dedicated professor, he worked even in his last days on unfinished OBM papers and remarks he wanted to make at ABA in May when he will be named recipient of the OBM Network 2004 Lifetime Achievement Award.  Ever the dedicated teacher, he inspired us all with a gracious and positive approach to his final time on this Earth.  Ever the curious scholar, he read avidly to the end about work and about personal matters of importance in his life including faith and love.  Ever the caring mentor, until no longer able, he offered his talent and counsel to any and all who asked.

To summarize a life is not easy.  But, I think Chris would agree that the measure of his own was not so much his numerous accomplishments as it was the many, many lives he touched, influenced, and shaped along the way.  In so doing, he enabled students, colleagues, and friends to stand taller and reach higher than otherwise would be possible.  He truly raised us up.

Teacher, mentor, researcher, colleague and friend, we will miss you.