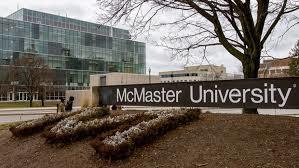 During my stay at McMaster, I had the good fortune to work with Professor Herbert M. Jenkins. Dr. Jenkins spent much of his career trying to understand the powerful control over behavior stimuli can acquire as a result of their apparent signaling relation to the availability or delivery of food. He discovered several important instances of this control in the form of phenomena that he and others studied extensively over the years including "autoshaping," "feature-positive" and "feature-negative" learning as well as "sign-tracking." My association with Dr. Jenkins afforded me a valuable opportunity to gain insights into these phenomena and how to study them. As you can see from my publication record, after joining the faculty at Notre Dame, some of my early work was an extension of interests kindled in Dr. Jenkins' lab.

While at McMaster, I was also able to renew my relationship with Dr. Platt who moved there from the University of Iowa. Also, I became acquainted with Professors Shepard Siegel and Steven W. Link. At the time, Dr. Siegel was involved in the study of how classical conditioning may mediate the body's reaction to repeated exposure to pharmacological agents such as insulin and morphine. I became quite interested in this work and, after joining the faculty at Notre Dame, collaborated with Dr. Siegel on an extension of this research to ethanol exposure. Dr. Link's interests were in mathematical models of human cognition and decision processes. Although I did not collaborate with him in any formal sense, my earlier exposure to Mathematical Psychology led me to find his work both interesting and informative.

I returned to Notre Dame to join the faculty in the Fall of 1974.